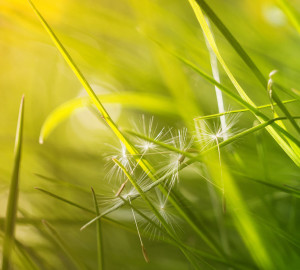 There we saw the giants (the descendants of Anak came from the giants); and we were like grasshoppers in our own sight, and so we were in their sight.” Numbers 13:33 (New King James Version)

Just a few days ago, Victor, a bro from my care group shared with me Numbers 13:33.  Well, he shares with me verses almost every day but this one struck an unusual tone in my spirit.  In times like these, I know enough to know that The Lord has something to show me. So I read and re-read the passage until the Holy Spirit directed me away from the thought of Nephilims/Giants.  Instead, I found myself repeating the words “we were like grasshoppers in our own sight.”  “IN OUR SIGHT.”  “IN OUR SIGHT.”  “IN OUR SIGHT.”  Then it occurred to me that the phrase “in our own sight” appeared before the phrase “and so we were in their sight.”  At this point I can feel my spirit tingle as I come closer to God’s revelation of His word.

This story is repeated over and over in our everyday lives.  We wake up in the morning and expect a bad day and a bad day plays before us.  We say we are not good enough or that we are ‘dead meat’ and so it happens; we fail, we perform way below standards and we become stressed out.

We can learn a lot from Numbers 13.  The Israelites lost the Promised Land because they didn’t believe God when God told them that the land is theirs.  Instead, they ‘murmured’ and used their eyes and mouths to defeat themselves.  It is no different from our everyday lives.  The Bible states that Jesus Christ has already freely given us all things! (Romans 8:32) Do we sincerely believe that?  Do we speak accordingly to what Christ has done?

Giants of this world can only defeat us….. if we allow them to.

“who is this uncircumcised Philistine, that he should defy the armies of the living God?”

My friend, speaking good and speaking well is not lying; it is not being arrogant or being over-confident either.  Speaking well is glorifying the truth of what Jesus Christ did on the cross!  So stop feeling like a grasshopper and start walking and talking like kings and priests who are covered by the blood of the Most High God!  Like the giants in the Bible, the giants of today can only see what you declare!