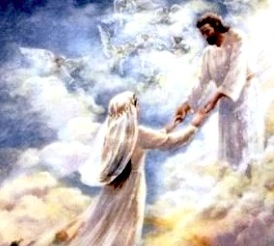 I’ve always believed in basing truth on no other source but the inspired word of God – The Bible.  I wholeheartedly agree with what the apostle Paul told Timothy that the The Word is God breathed and that The Bible contains everything we need to live this life and the next (2 Timothy 3:16-17).

This stand also known as Sola Scriptura respects no other truth other than what The Lord has revealed in The Bible.  The rest are either half-baked assumptions cooked up by man or mindless man-imposed traditions preserved through generations.  Either way, man has nothing better to do but sin (fail) and with this, only The recorded and inspired Word of God stands as truth.

This sinful world has been busy shooting down the Gospel of Jesus Christ, first by attacking the very existence of Jesus Himself as a historical figure.  More attacks came by discrediting The Bible and the ministers who are still spreading the good news. Today, more attacks came in as attempts to disqualify The Lord Jesus Christ as The Messiah, The Saviour of the world.  I still stand confident that all of these attacks will come to no effect and simply fail.

I’m referring to the recent discoveries of fragments of papyrus.  I just came across an ‘unauthored’ article (yea, I read Yahoo! News) that a papyrus fragment with the words: “Jesus said to them, my wife.” was being used as an evidence to support the debate that Jesus Christ was once married to a woman (some have even took their imaginations as far as assuming that it was Mary Magdalene).

The biggest problem to these claims is that the Bible mentioned nothing about Christ being married. So the burden of proof is with the people who are trying to convince others that Jesus Christ was once married.   If they are using these authorless fleeting papyri (and senseless gnostic writings) as proof, then what comes to my mind is how ridiculously desperate must these people be in shooting down the truth about Jesus Christ?! The recent discovery is just an isolated phrase from an unknown manuscript from an unknown author! There’s not even a context to the manuscript! I might as well write in this blog saying that: “Jesus said: ‘I was never married to Mary Magdalene’” and people would count this as evidence for His singlehood! Thank God that we are not desperate.

Jesus being married to a particular woman is a lie from the pits of hell.  The people who are against The Christ are attempting to convince everyone to believe this so as to discredit The Lord Jesus as the Messiah.  Well let me share to you what is written in The Word.

Jesus Christ came down to earth to save us from our sins.  And this purpose, The Lord Jesus knew since He was a boy (Luke 2:49).  His whole life was lived as The Perfect Man in order to become The Perfect Lamb of God who is the only Man qualified to erase the sins of the world.  Finally, on the cross, The Lord Jesus completed His life’s mission as He shouted: “It is finished!” (John 19:30) From the beginning to the end, Jesus Christ knew His role as Lord and Messiah.  Jesus Christ came down to earth to DIE for our sins and not to preserve His bloodline through a woman.

For the Son of Man did not come to be served but to serve and to give His life as a ransom for many. -Mark 10:45

The discovered manuscript indicated that Jesus was referring to His bride.  In Revelations 19, it also shows that Jesus Christ is indeed married.  He is married to His bride – The Church.  And the reason why God instituted marriage between man and woman is to reveal to the world how much the real bridegroom (Jesus Christ) loves the wife (The Church).

So, Jesus did marry?

Jesus Christ is The Lord and The Messiah.  He did not set Himself aside for one woman to love but instead He came so that the world may be saved (Romans 5:19).  Before Christ came as a Man, we (The Church) were married into sin and darkness.  Jesus Christ came down to render this marriage contract null and void.  To accomplish this righteously, Jesus Christ has to die our death on the cross and He, as The Christ, had to shed His blood to seal a new covenant of grace (marriage) with us (Romans 7 explains this divorce we had with sin and our new marriage in Christ).  Jesus Christ is indeed married, and this bride of Christ is The Church.

Glory to His name forever.