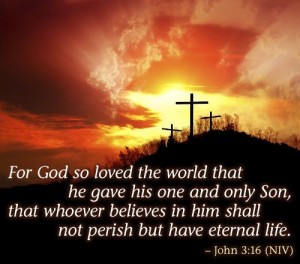 And we know that God causes everything to work together for the good of those who love God and are called according to his purpose for them.  Romans 8:28

Whatever you are experiencing right now, whatever the devil is throwing at you; GOD WILL TURN IT FOR YOUR GOOD.  He will turn the devil’s worst attacks to be your greatest blessing.  Consider what The LORD did for Joseph (Genesis 37-45).  The devil wanted him to die as a slave but instead, The Lord exalted him to rule over the world’s most powerful nation during the time and made the people who were used to hurt him bow down to him.  The same outcome happened with our friend Mordecai (Book of Esther) who was also targeted by the devil for persecution and death; but instead, he was brought to glory by The LORD as he was promoted to the higher ranks of the kingdom.  Just so you know the man used by the devil to hurt Mordecai was the one sentenced to death.  Finally, the greatest transformation of sin to the gift of grace happened when Jesus Christ was sentenced to death.  Only this time no one stopped Jesus’ death. What happened to what seems to be a victory of death became the greatest miracle of Salvation for all of God’s people!  Even the stupidest and most wicked act of man (crucifying love and grace) was turned by God to be the greatest miracle for all of us!  That’s why the apostle Paul wrote:

None of the rulers of this age understood it, for if they had, they would not have crucified the Lord of glory. -1 Corinthians 2:8

The funny thing here is that the devil spent thousands of years planning his very own defeat!  The devil has no match to the wisdom of God! So hear not the lies going around you.  What you see, what you hear, what you feel, if it simply comes from the world, they are not the truth.  For the truth is that Jesus Christ will NEVER abandon you! (Hebrews 13:5) And because of His love and His grace for us, we can expect nothing but good health, great relationships, good days, good success, a happy and long life!  All because of the victory of Jesus Christ on the cross!

Surely goodness and mercy shall follow me all the days of my life: and I will dwell in the house of the LORD for ever. –Psalm 23:6