We are part of a war between good and evil.  Ever since the beginning, man has been expressing stories about this conflict.  Perhaps they are not far from the truth?

From the movie Lord of the Rings: Forces of good fighting the forces of evil

In Christianity, this war began before Creation.  Archangel Lucifer, mistaking himself for god, rebelled against The Most High.  Being exiled from Heaven into earth, Lucifer started the war against God’s people.  For if he cannot hurt God, he will hurt whom God loves instead. Lucifer, also known as the devil, would steal, kill, and destroy – he would do anything to pry away God’s people from their Creator.  This is the only way to destroy a Christian – to separate them from the very source of Life, the Person of The Lord Jesus Christ.

Thing here is that the devil, together with his armies of demons, are spiritual beings while human beings exist and live in the physical realm.  Because of this, the devil cannot hurt us or even kill us directly (he would if he can but he cannot); the devil cannot touch Christians spiritually as we are covered by the blood of Christ.  So, with his insatiable hatred of God and His people, the devil seeks to hurt us in the only way he can and that is through the psychological realm.  Hence, all the fears, the insecurities, the doubts, will have to enter us psychologically through LIES.  Keep in mind that this is the devil’s main tool.  LIES LIES LIES and these enter our minds quite easily and this influences our behaviour for the worse. 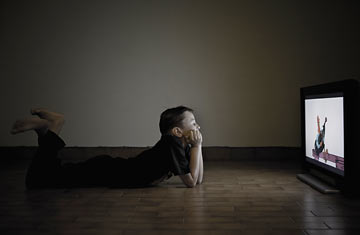 The battle grounds of the war between good and evil lies in our minds.  As such, this is what God is after, and so, this is what the devil is also after: Our belief system.

The Lord Jesus shared this clearly:

We see this right from the very beginning on how the snake attacked Adam and Eve.  The snake (the devil) didn’t bite them or suck away their spirit.  The snake spewed out lies which, unfortunately, both Adam and Eve fell for.  Soon enough, the image of the perfect loving God in their minds was turned into a selfish and insecure god who is holding back their happiness and potential.  We see the same things happen to people such as Solomon who was turned from God by his wives or of king Saul who disobeyed God because of his doubts that God will provide for him and his men.  All of the downfall of these great men started with a lie that entered their minds. 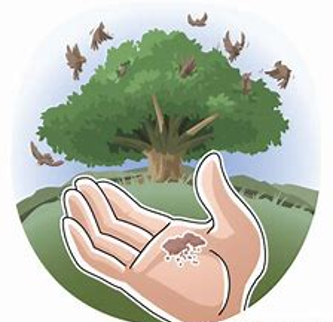 It is like a grain of mustard seed, which a man took,
and cast into his garden; and it grew, and waxed a great tree;
and the fowls of the air lodged in the branches of it.
– Jesus Christ (Luke 13:19)

This war between good and evil exists in the psychological plane; in the realm of beliefs and thoughts.  It is whether Jesus Christ, The Lord, loves you or not.  I can attest that most people who are troubled and come for Christian Counselling are the ones having trouble believing this statement.  Be aware of this as this is what the devil and the world will seek to steal away from you.  They will plant lies and doubts so that we are distracted from our true calling in Jesus Christ.  This is the war and we are all part of it.

Continued Next:  The Devil and The World