At the age of 12, Jesus Christ already knew His life’s meaning: “Didn’t you know I had to be in my Father’s house?” asked the young Jesus Christ.  At that point in time, this little boy already knew that He was sent here on earth to save humanity from Sin.

It is no simple task because in order for God to save mankind, The Righteous God would have to play by the same rules which He Himself created:  The process of forgiveness which operates through the shedding of blood and through substitution.  In The Old Covenant, sin is only forgiven when a sin offering (usually a goat or a lamb) is slaughtered as a sign of death being payment for sin.  The process of substitution occurs when man lays his hands on the sacrifice and his sins are transferred to the animal.  The animal’s death (shed blood) then becomes the payment for his sin.

“It is impossible for the blood of bulls and goats to take away sins”
-Hebrews 10:4

But this process did not give joy to God as the people do not remain effectively forgiven.  Because of the inferior substitute, man’s sin remained with them; thus, allowing the curse and the punishment of sin to remain effective in our lives.

Man’s sin has to be paid man, not by bulls and goats.  So, The LORD our God, responded to this law with an over payment: He will pay Sin with Himself.  God Himself came down as a Man to be the ultimate Sin Offering that will rid of (all of) man’s sin forever.  It was an overpayment that cost God His very own Son, Jesus Christ.

Like the sin offerings of The Old Testament, Jesus Christ acted as the sacrificed payment while we stand about and become forgiven.  For this to happen, our sins have to be transferred to Jesus and His righteousness to ours.  During this Easter Sunday, I believe it is a good time to place back in our consciousness the value of the cross by studying the Divine Exchanges that transpired throughout the ordeal.

The following are 5 instances during the passion of the cross that shed light on this Divine Exchange. 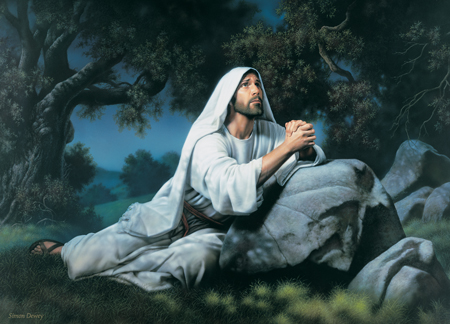 Drinking this cup of sins officially started the passion of the Christ.  From the King of Heaven, He now becomes the embodiment of the world’s Sin.  Before this incident Jesus was the perfect sinless man, but right after He took the cup, Jesus Christ carried the sins of the world.  People can now hit Him and hurt Him without consequences (the world wasn’t able to hurt Jesus before this cup because He was literally sinless). Like all of us sinners, Jesus is now subjected to the curse of the world, the fall of the flesh; He is now qualified to die as a sinner.  Jesus Christ drinking the cup started the Divine Exchange.  The Good Shepherd Himself has now become the sacrificial Lamb. 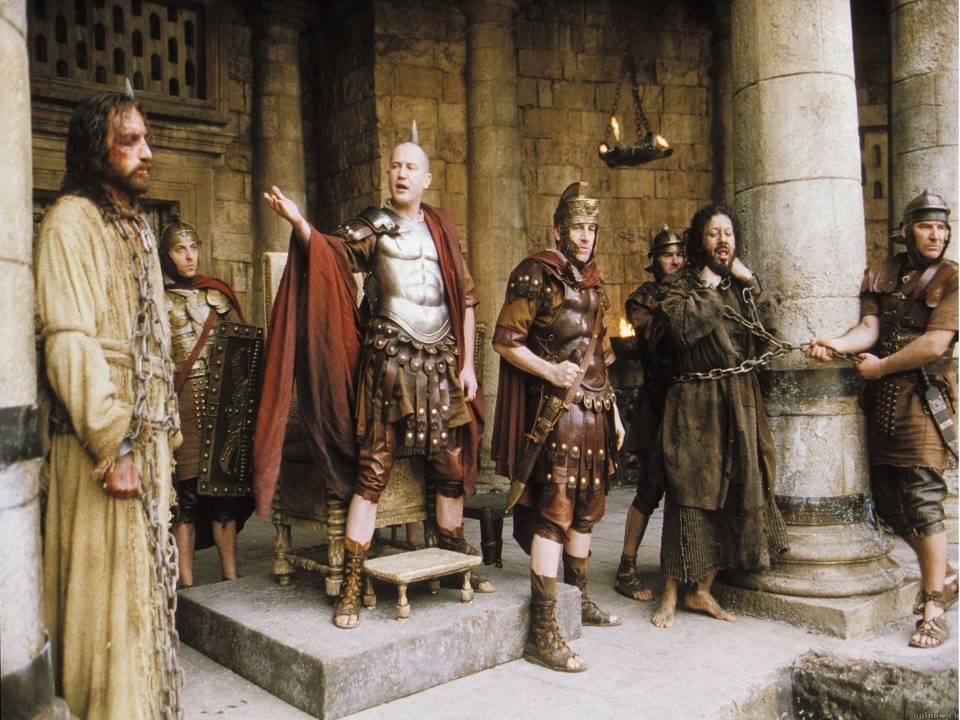 “Which one do you want me to release to you:
Jesus Barabbas, or Jesus who is called the Messiah?”
-Matthew 27:17

After the governor of Rome, Pontius Pilate saw that Jesus Christ was actually an innocent man. Pilate looked for ways to set Him free without causing a riot.  Taking advantage of the festival’s custom to release a prisoner, Pilate then gave the people a choice: to free Jesus or to free a rebel/murderer named Barabbas?  We all know the story; people chose to free Barabbas reinforcing the Divine Exchange that the guilty will be freed because of the Innocent.  Barabbas, which means “son of the father” is actually a symbol representing all the sinners in the world who are freed because we are taking the place of The Son of The Father (his full name was actually Jesus Barabbas, directly translated as: Jesus Son of The Father).  We were set free instead of Jesus because once again, Divine Exchange, Jesus was at that time standing in our place. 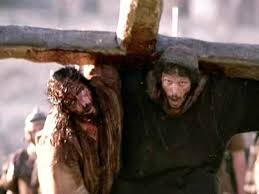 “A certain man from Cyrene… Was passing by on his way in from the country, and they forced him to carry the cross.”
-Mark 15:21

Jesus Christ was to carry His cross to the crucifixion site and during the journey Christ collapsed due to exhaustion and blood lost (and probably heat stroke? Dehydration? Hunger?).  The Romans ordered a bystander who went by the name Simon of Cyrene to carry the cross for Jesus.  Here we see another reference to The Divine Exchange: Simon of Cyrene is a representation of all the sinners in the world – of us.  When Simon of Cyrene carried the cross, history was actually repeating itself from the picture of Genesis 22: when Isaac carried the wood he was about to be burnt on to the top of the mountain.

Guess who Isaac was in the passion?  Simon of Cyrene was the one carrying the wood because, like Isaac, we are the ones who are supposed to be burnt on it.  What we learned from Genesis 22 was that the one who is going to be sacrificed is the one carrying the wood.  But as the story of Genesis 22 ended, we saw that as the sacrifice is about to be killed, God intervened and sent a substitute (Genesis 22:8).  In the case of Isaac, a ram took his place in the fire.  For us, Simon of Cyrene was relieved by no one less than Jesus Christ.

During the last hour on the cross, Jesus Christ cried: “Eli Eli Lema Sabachtani” which means “My God, my God, why have You forsaken me?”  For people familiar with the Gospels, we know that Jesus never called God as “God”. For His time on earth, Jesus had been referring to God as “Father”.  On the cross, as the Divine Exchange happened, Jesus Christ stood in our place and became a subject of creation calling out “God”, and we in turn became who Jesus was before the cross: God’s children.  Our sinfulness in exchange for Jesus’ Sonship.

“the Spirit you received brought about your adoption to sonship.
And by Him we cry, Abba, Father.”
-Romans 8:15

“one of the soldiers pierced Jesus’ side with a spear,
bringing a sudden flow of blood and water.”
-John 19:34

This exchange is the most important as we are freed from the “leadership” of Adam (the one famous for the original sin) and are now placed under the wing of Jesus Christ (the one famous for Salvation).  From Adam’s side came out woman (The Church) and from Jesus’ side came out water – There is no more blood that needs to be shed because we are now clean of Sin.  Adam’s life led to the fall of man but Jesus’ death on the cross paid for our forgiveness and brought in more blessings in our life.

Wishing you all a great Easter Holiday!