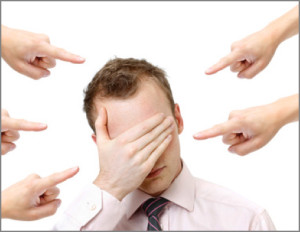 A lot of people condemn others who are wealthy in material goods (especially if they are church ministers).  This article will provide proof that wealth is not evil in itself and it is actually a promise of God to those who love Him.  If it is a promise by God then it is going to happen.  To condemn the people of God for being rich or wealthy is nothing more than an expression of bitterness, envy and self-righteousness.

We are here to see the Bible’s reply on whether wealth is a blessing or whether poverty is holiness.  Due to the length and breadth of information supporting the claim, this article will be divided into two parts:  Scriptural support from the Old Testament and revelations found in the New Testament.

Blessings of wealth and prosperity are God’s promises to His people.

Listed below are Biblical truths (definitely not exhaustive) on God’s will for us to be materially wealthy.  This alone shows that it is God who makes people rich; and if one looks closely on the verses below, one will observe that wealth is a reward and not a curse from God.

But remember the LORD your God, for it is he who gives you the ability to produce wealth, and so confirms his covenant, which he swore to your forefathers, as it is today. (Deuteronomy 8:18)

The blessing of the LORD brings wealth, and he adds no trouble to it. (Proverbs 10:22)

Ask of me, and I will make the nations your inheritance, the ends of the earth your possession. (Proverbs 2:8)

I love those who love me, and those who seek me find me.  With me are riches and honor, enduring wealth and prosperity. (Proverbs 8:17-18)

Who, then, is the man that fears the LORD? He will instruct him in the way chosen for him.  He will spend his days in prosperity, and his descendants will inherit the land. Psalm 25:12-13

Biblical patriarchs who were in contact with God were all rich.

If being wealthy is evil and being poor is a virtue, then why in God’s earth will He bless His loyal servants with something that is evil?  Last time I checked, it is the devil who steals, kills, and destroys (John 10:10).  Below are scriptural proofs that the great men of God, the patriarchs and kings, were blessed by God to be materially wealthy.

Abramhad become very wealthy in livestock and in silver and gold. (Genesis 13:2)

Isaac planted crops in that land and the same year reaped a hundredfold, because the LORD blessed him. The man became rich, and his wealth continued to grow until he became very wealthy. He had so many flocks and herds and servants that the Philistines envied him. (Genesis 26:12-14)

Jacob: In this way the man grew exceedingly prosperous and came to own large flocks, and maidservants and menservants, and camels and donkeys. (Genesis 30:43)

David:  With all my resources I have provided for the temple of my God—gold for the gold work, silver for the silver, bronze for the bronze, iron for the iron and wood for the wood, as well as onyx for the settings, turquoise, stones of various colors, and all kinds of fine stone and marble—all of these in large quantities. Besides, in my devotion to the temple of my God I now give my personal treasures of gold and silver for the temple of my God, over and above everything I have provided for this holy temple: three thousand talents of gold(gold of Ophir) and seven thousand talents of refined silver, for the overlaying of the walls of the buildings.  (1 Chronicles 29:2-4)

Experts today estimate David’s offerings for the temple of God to exceed a billion U.S. dollars.

Solomon’s Temple.  Made of pure gold is currently estimated to be worth 50 Billion U.S. Dollars

Solomon: Moreover, I (The LORD) will give you what you have not asked for—both riches and honor—so that in your lifetime you will have no equal among kings. (1 Kings 3:13)

King Solomon was greater in riches and wisdom than all the other kings of the earth. (2 Chronicles 9:22)

Do you know that according to recent research, King Solomon’s worth, in today’s standards, would be greater than two hundred billion U.S. dollars?

Job:  and he owned seven thousand sheep, three thousand camels, five hundred yoke of oxen and five hundred donkeys, and had a large number of servants. He was the greatest man (wealthiest) among all the people of the East (Job 1:3)

Lastly, our Heavenly Father is EXTREMELY RICH and that’s what He wants us to be.  This is why God gave the whole earth to Adam and Eve.  Do check out the Bible verses in your own time and you will also see that Moses, Aaron, Jacob and his sons were all very rich.  No my friends, God NEVER encouraged us to be poor.  Bankruptcy, poverty, famine, and lack are tools of the devil and are definitely not blessings from God.

Poverty is NOT holy, God delivers us from poverty!

Below are instances in Bible history where wealth, money, or riches were used to help and save people from slavery and oppression.

In Genesis 47, the famine of the world was so great that people offered themselves to become slaves just to obtain a little food.  Thank God for Israel that his son Joseph is a wealthy man.  Because of Joseph’s wealth and influence that God gave him, Joseph was able to save his family and the patriarchs of Israel from the great famine (Genesis 45).  If Joseph was poor, what would have happened to his father and the patriarchs of Israel?

Ruth was a foreigner in poverty together with her mother-in-law Naomi.  To work for a living, Ruth has to glean in the fields and survive the harassment she got from the farmers (Ruth 2:9).  Boaz, the owner of the fields fell in love with Ruth and used his wealth and influences to redeem her as his wife (Ruth 4).  Because of Boaz’ wealth, he was able to save poor Ruth from poverty; thus, securing the bloodline of The Lord Jesus Christ for a few more generations.  If Boaz was dead broke, what would have been the fate of Ruth?  What would have happened to the bloodline of The Lord Jesus Christ?

Elisha and the Widow

The prophet Elisha (2 Kings 4) encountered a widow who was poor and who owed people a lot of money.  She was so poor that her sons were to be sold as slaves in order to pay for her debts.  Elisha, being a prophet of the Most High God (and not of the devil) sought to help the poor widow with her financial problems.  Elisha, through God’s power and love, called forth a miracle of provision when he instructed the widow to look for empty jars and to fill them up with oil that she can sell.  The miracle manifested when the only jar of oil the widow had, had unlimited oil inside to fill all the other jars up!  The widow then sold the oil and had enough money to pay for her debts and there were enough left over oil to sustain both of her sons.  The Lord didn’t just help her pay her debts; The Lord gave her enough profit for her sons to live by! (2 Kings 4:7) She ended up rich!  If poverty is holy then why did God redeem this family from slavery?  Why did God make them rich?

Money and riches can do a lot of good in the hands of the people of God.  I guess that’s the reason why the devil wants us poor.  The devil wants us poor so we can be sold as ‘slaves’.  POVERTY IS A WEAPON OF THE DEVIL TO KEEP US IN FEAR, HATE AND BONDAGE.   In the Bible, slavery (poverty) is always a bad thing.  It’s a symbol for lack, of oppression and of weakness.  Is poverty holy?  Is slavery holy?  God always redeems His people from slavery and make them kings!

MONEY IS NOT GOD BUT WEALTH IS A BLESSING FROM GOD.  Let us stop condemning wealthy people of God for being rich; for it is God who makes people rich.  Money and wealth were created to serve us and definitely not for us to worship.  As children of the Most High God, we focus our hearts and soul to the One Who died for us and His righteousness – and all other blessings will come as by-products of having Jesus in our hearts (Matthew 6:33).