It would seem that The Lord Jesus Christ, God in the flesh, would not have enjoyed His life here on earth as everything that happened (or would have happened) was already known by Him.  Yet, there were times when The Lord Jesus was impressed or even astounded at what He saw in certain men and women.  I believe that this is a good opportunity to study what really impresses God.  Can you imagine that? Mere creatures providing joy to The Creator to the point that He gets surprised or even ‘baffled’ at us?

I will stick to the New Testament because, to my surprise, there are actually a lot of cases when people simply acted out of The Holy Spirit and made God happy.  Here are my 3 favorites from the NT: 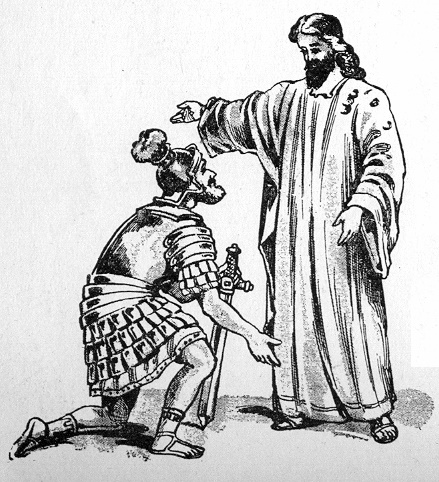 The Centurion approached The Lord Jesus for the healing of his servant.  When The Lord Jesus Christ offered to heal the boy, the centurion said something that AMAZED even The Creator of the universe:

The centurion replied, “Lord, I do not deserve to have you come under my roof. But just say the word, and my servant will be healed. For I myself am a man under authority, with soldiers under me. I tell this one, ‘Go,’ and he goes; and that one, ‘Come,’ and he comes. I say to my servant, ‘Do this,’ and he does it.” (verse 8-9)

The following verses would show that the centurion’s faith amazed The Lord because He responded saying: “I have never seen such great faith!”  Can you imagine making The Almighty and All Knowing God begin a sentence with “I have never seen”?  This dude centurion really impressed The Christ!  On that very instant, the servant whom the centurion was praying for was healed.

In His ministry, He was probably on the lookout for people who can actually see Him for Who He really is.  So He approached His disciples and tested them on what they think about Him:

When Jesus came to the region of Caesarea Philippi, he asked his disciples, “Who do people say the Son of Man is?”

They replied, “Some say John the Baptist; others say Elijah; and still others, Jeremiah or one of the prophets.”

Behold the response of a disciple named Simon Peter:

Simon Peter answered, “You are the Messiah, the Son of the living God.”
-Matthew 16:16

I can just imagine the look on The Lord’s face when He heard this. Peter’s answer surprised Jesus so much the He practically told Peter that it was impossible for him to have said that in his own accord.  Surely, The Holy Spirit spoke through Peter and declared Jesus as The Messiah – The Son.  The Lord Jesus was so pleased that I believe that it is this incident that promoted Peter from an insignificant groupie to ‘The Rock’ who will hold the keys to the kingdom of heaven.

Among the three, this is my favorite story.  A gentile woman called out to The Lord for her daughter’s healing, and she tried to impress The Lord Jesus by calling Him “Son of David” which means “king”.  Obviously the flattery did not affect The Lord as He ignored her and continued walking (for only Jews can call Jesus “Son of David”).

The woman then fell at Jesus’ feet and worshipped him and cried out her heart: “Lord, Help me!”  Jesus at this moment still cannot heal her daughter righteously, because at that time, His ministry is made only for the Jews.  Her honest cry made Jesus stop and speak to her.

The Lord Jesus posed a riddle:

“It is not good to take the children’s bread and throw it to the little dogs.”

I believe the woman, operating through The Holy Spirit, responded with the perfect answer, an answer so perfect that it not only impressed The Lord Jesus, it actually made The Lord Jesus heal a Cannanite!  At first, The Lord Jesus cannot righteously heal her daughter because they weren’t Jews; but her exaltation of Jesus Christ showed faith, and her faith voided all lesser laws (even laws that will disqualify her healing).

I purposely used the King James version because I like how they pharsed what Jesus said.  Here, The Lord Jesus loved the woman’s response so much that He practically told her: “Whatever you wish, let it happen to you.”  And of course at that instant, her daughter was healed.

From the 3 stories, we can no doubt see the truth behind Hebrews 11:6, that without FAITH, it is impossible to please God.

To have faith is to know who Jesus Christ really is.  It so happened that the centurion, the Apostle Peter, and the Canaanite woman had an inkling that The Lord Jesus Christ is not just The King or The Almighty.  The people saw Jesus as someone who can solve world hunger (remember the bread and the fish miracle?), but the three knew more: they knew that Jesus Christ is also the holy and righteous God who will use all His power and majesty to shower His love for us.

Without this knowledge about God, it will be impossible to please Him.