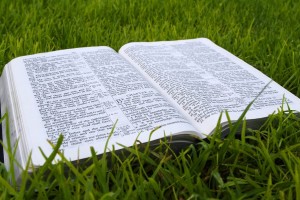 Do you know that the Bible, the word of God, contains secrets which God wrote down for those He loves?  Yes, it has been there for millennia and the people of the world have been trying to ‘decode’ God’s secret message using man’s methods but to no avail.  God has kept their eyes shut so they cannot see and their hearts hard so they cannot hear.  People of the world still don’t want to accept the only key to the mysteries and the treasures of the Bible which is One Person, Christ Jesus our Lord.

Is there really the hidden secret of God?  Does God really hide secrets from man?

David, in Psalm 139 has not failed to intrigue people when he talked about a secret place:

My frame was not hidden from you when I was made in the secret place, when I was woven together in the depths of the earth. –Psalm 139:15

In the book of Isaiah, what did God mean when He was storing for us and is going to give us hidden treasures?

I will give you hidden treasures, riches stored in secret places, so that you may know that I am the LORD, the God of Israel, who summons you by name. –Isaiah 45:3

You have heard these things; look at them all. Will you not admit them? “From now on I will tell you of new things, of hidden things unknown to you. –Isaiah 48:6

Daniel spoke of God as the revealer of secrets:

He reveals deep and hidden things; he knows what lies in darkness, and light dwells with him. –Daniel 2:22

Christ Himself described His Kingdom as a hidden treasure (Matthew 13:44).  His prayer also confirmed that His Father hides certain secrets from people:

At that time Jesus said, “I praise you, Father, Lord of heaven and earth, because you have hidden these things from the wise and learned, and revealed them to little children.–Matthew 11:25

Let’s face it, from all the evidence above, it is clear that God has hidden treasures for us stashed away inside His Word.

Why would God hide His treasures from us? Why the mysterious air of secrecy?

In my personal pursuit to answer this question, I was able to find 2 answers: one is that God hides His holy secrets from us because we are still not able to take it.  Secondly, the holy secrets of God are kept away from peoplebecause the truths they carry are too holy for people to handle.

Let’s take up the true message which the Bible brings: the grace of God which is materialized in Jesus Christ.  Paul knew these heavenly secrets but he found it too deep for the people to handle. In his sermon to the Corinthians, Paul referred to the people as ‘babes in Christ’.  These are immature Christians who see Christianity as any other religion that is based on human performance and centered on human glory.

Brothers and sisters, I could not address you as people who live by the Spirit but as people who are still worldly—mere infants in Christ. I gave you milk, not solid food, for you were not yet ready for it. Indeed, you are still not ready.-1 Corinthians 3:1-2

In this letter, Paul is saying that there are heavenly truths that immature Christians are not ready to receive.  If ever they do, the truth of God will just be rejected, antagonized, and even ridiculed.

I find this to be true when I speak about the grace of God to people (John 3:16), even to some Christians; they cannot accept God’s love and forgiveness apart from their works. They say that the message of grace is ‘too good to be true’ and that ‘grace needs to be balanced’. These Christian believers, babes according to Paul, still cannot take the full message of The Gospel.  Have you heard of people who say that praying in tongues is from the devil? Or that tithing is only a gimmick of churches?  You know what I mean.

Jesus Himself spoke in parables (Psalm 78:2, Matthew 13:35).  This He did in order to hide the holy things of heaven from people who would just defile God’s truths with their doubts and insults.  As what The Lord shared:

“Do not give dogs what is sacred; do not throw your pearls to pigs. If you do, they may trample them under their feet, and turn and tear you to pieces.–Matthew 7:6

That is one reason why Christians are being persecuted!  We hold truths that the world is not ready to receive.  These truths about Him and His Kingdom are so precious that He would rather it remain a holy secret than allow it to be trampled on by people.

What could this secret be?

Paul, the apostle of grace, gave us a clue regarding this secret:

For I resolved to know nothing while I was with you except Jesus Christ and him crucified.

The true secret of God is locked in the cross of Jesus Christ.

Paul continued on regarding how holy the secret is and that the devil knows nothing about it:

None of the rulers of this age understood it, for if they had, they would not have crucified the Lord of glory. -1 Corinthians 2:8

There is something really holy and really special about what Jesus did on the cross.  It is so holy that God hid it from the eyes of men, even the apostles didn’t know about it.  The Lord revealed this secret to a Pharisee named Nicodemus, who eventually did not understand a word Jesus was saying:

Just as Moses lifted up the snake in the wilderness, so the Son of Man must be lifted up, that everyone who believes may have eternal life in him. –John 3:14-15

The secret has always been there, it was right under our nose.  It is only that the secret behind the cross is too holy that it takes the Holy Spirit for man to understand.  People of the world have no revelation of it because their eyes are shut. They can ‘analyze’ and conduct deep investigations of the Bible and they would still end up with zero revelations.  During the times of Christ, no one understood Him.  Nicodemus did not understand Jesus, the Apostles had no clue what Jesus parables were about, and these truths were hidden away from the hearts of the Pharisees.

Today, because of the death and the resurrection of Jesus Christ, our Lord, we have access to this heavenly secret because The Holy Spirit, the Helper, has been sent to us by Jesus Himself.  And this secret is hidden away in every book of the Bible stating that Jesus Christ IS The Son of God Who became The Lamb of God because He was taking our place on the cross.  Jesus laid down His life and shed His blood for the forgiveness of all our sins!

We are forever saved because of Jesus Christ!  This is the whole secret.  This is why Jesus shouted on the cross: “It is finished!” (John 19:30)

I guess my own words are not enough to deliver the message of this not-so-secret Secret.  So, in cases like this, we go back to the original source – The Bible.  I’ve been writing this article for about a week until it occurred to me that I can ask our Father for a verse that can more or less summarize this secret; The Lord led me to Acts 13. I would like to end this ‘article’ on Paul’s attempt to convey this Secret to the gentiles.  I pray that the Holy Spirit opens your eyes on this secret that has always been there for you to discover:

“Therefore, my friends, I want you to know that through Jesus the forgiveness of sins is proclaimed to you. Through him everyone who believes is set free from every sin, a justification you were not able to obtain under the law of Moses. –Acts 13:38-39