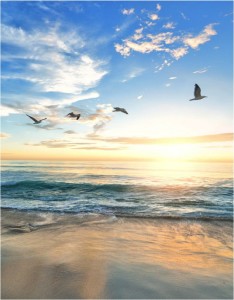 On Saturday, 4th September 2010, The Straits Times published the article: “Hawking: No creator needed” (no author indicated) sharing the views of Stephen Hawking who says that physics can explain things without the need for a divine creator.  Hawking mentioned that: “Because there is a law such as gravity, the Universe can and will create itself from nothing” and he continues on: “Spontaneous creation is the reason there is something rather than nothing, why the Universe exists, why we exist.  It is not necessary to invoke God to light the blue touch paper and set the universe going.”

Well excuse me Dr. Hawking, I may not be an expert in mathematics or physics but you mentioned the Law of Gravity (it makes things fall down); and what I do understand is that for every law given, there is a Lawgiver (The Law of Causality).  If there is no God, then who ordained such a law for matter to be attracted to each other to take place?  Let me guess, science still needs a couple of millennia to find it out? Probably blow up more atomic particles by ramming them to one another?  Let me save humanity the time and the resources for the answer.  Let me direct everyone to Colossians 1:16-17 which reads:

Ignorant people claim that science killed god.  They claim that science can explain away everything; but can it really?  Can science find a cure to today’s and yesterday’s diseases?  With all the medical advancement, technology and boasting, can science expand the human life span beyond 120 years as to what God’s word has declared at Genesis 6:3?  Can any of science’s prediction be half as accurate as The Lord Jesus’ (Luke 21:11) when He predicted that numerous earthquakes around the globe will happen together with worldwide famine (economic crisis), wars, and pestilence?

No, science cannot kill God just as any creature or creation has no power against its Creator (Job 38-42).  Has human pride reached the heights of ignorance?  The Lord created science for one purpose: to point to Jesus Christ.  The more science is abused to disprove God, the more evidence it finds about His eternal truth.

Yes, this article is here to announce the obvious:  That science was created by God to point and glorify His Son – Jesus Christ.

The following are examples on how science has fulfilled its purpose of pointing to Jesus Christ and His word.  These are great examples for scientists today.  When you are browsing through it, do take note that most of these verses were declared by God thousands of years before science even had the capacity to conceptualize them.

Look around the internet and you will find countless dig sites that confirm the stories of the Bible.  Stories from finding Noah’s Ark, Peter’s boat, even Joseph’s rice warehouse have been discovered.  The funny thing here is that these archaeological expeditions were organized to disprove the historical accuracy of the Bible; but the more they practice objectivity, which is the real essence of science, the more they ended up confirming the Book that they sought to destroy.  It’s not limited to those mentioned above; today, science has already uncovered stone tablets recording the names of David and the kings of Israel, the rubbles of the 6-day war of Jericho;  I even heard about foot prints in the Red Sea where Moses and the whole of Israel crossed.

These are the oldest copies of God’s word which were discovered around the 1950’s.  The scrolls have been dated back to 150 BC!  Thank God for science that we can even measure that the Book of Isaiah being translated from Hebrew back then is an almost perfect copy to what we have in our Bibles today.  This is what real science is about!  Now we know what God meant when He said that His words will never pass away! (Matthew 34:25)

The heavens declare the glory of God; the skies proclaim the work of his hands. (Psalm 19:1)

There is no argument that The LORD created the heavens to showcase Who He is.  So don’t bother going around looking for aliens, you won’t find any.  The stars, the galaxies, the whole universe reflects the power, the majesty and the splendor of our God!  So please don’t be offended or insulted if The Bible refers to us as grasshoppers or even dusts.  It is actually quite flattering that He even takes notice of us; let alone to send His One and only Son to die for our sin.

Wise men used the stars to find and worship The Saviour.

Magi from the east came to Jerusalem and asked, “Where is the one who has been born king of the Jews? We saw his star in the east and have come to worship him.” (Matthew 2:1-2)

These 3 wise men showed to us why science was created by God.  Science was never created by God so we can be independent of Him.  God created science to lead us closer to Him!  Are you one of the wise people who discover more and more about God’s love through science?  If not, throw away science!

The stars in heaven are immeasurable and uncountable

Believe it or not, before the reign of Galileo, scientists thought that there were only around a thousand stars in the universe?  Yes, that’s how brilliant our scientific minds are.  Just for the record, the book of Jeremiah was written around 500 B.C.

“I will make the descendants of David my servant and the Levites who minister before me as countless as the stars of the sky and as measureless as the sand on the seashore”  (Jeremiah 33:22)

Botanical and farming principles have been used widely by The Lord Jesus Himself during His preaching to people in a farming society.

This topic is a whole article in itself.  For more information please refer to the article on 11 July 2010 by clicking this link: http://www.gracecounsellors.com/jesus-the-great-botanist-a-81.html

The LORD said, “What have you done? Listen! Your brother’s blood cries out to me from the ground. Genesis 4:10

The LORD, thousands of years ago, has already proclaimed that the blood can ‘speak’.  Today, we follow the same principle when we carry on DNA tests and blood tests.  We rely on the blood crying out to us and this is how we draw conclusions about diagnosing diseases, paternity tests, genealogies, and identifying criminals’ identities.  I just hope that criminologists, chemists and hematologists know that they are living out Genesis 4:10 when running blood and DNA tests.

Thousands of years before man discovered that the earth is round; The Lord has already been declaring that to His people through His word.  Just for a note, the book of Isaiah (the son of Amos) was written at 700 B.C. while the book of Job was written at 2000 B.C.

It is he that sitteth upon the circle of the earth, and the inhabitants thereof are as grasshoppers; that stretcheth out the heavens as a curtain, and spreadeth them out as a tent to dwell in. (Isaiah 40:22)

The earth orbits and is suspended hanging on nothing

He stretcheth out the north over the empty place, and hangeth the earth upon nothing. (Job 26:7)

It is he that buildeth his stories in the heaven, and hath founded his troop in the earth; he that calleth for the waters of the sea, and poureth them out upon the face of the earth: The LORD is his name. (Amos 9:6)

He bindeth up the waters in his thick clouds; and the cloud is not rent under them. (Job 26:8)

The wind goeth toward the south, and turneth about unto the north; it whirleth about continually, and the wind returneth again according to his circuits.

All the rivers run into the sea; yet the sea is not full; unto the place from whence the rivers come, thither they return again.

A cheerful heart is good medicine,

but a crushed spirit dries up the bones. (Proverbs 17:22)

“Pleasant words are a honeycomb, sweet to the soul and healing to the bones.” (Proverbs 16:24)

I can talk about this topic for a whole year nonstop.  It’s best that we skip this section for now and let God’s word do all the talking.  I hope to put up a fresh article for this in the future.  For now, the book of Proverbs was written by king Solomon (and 2 other kings) around 950 B.C. while Psychology is a 20th century science.

The verses below show that the wisdom of God regarding health and medicine has been recorded in the book of Leviticus (1400 B.C.).  The microscope was invented at 1590.

The value of blood

The value on health of washing our hands and cleaning ourselves

“he must wash his clothes and bathe himself with fresh water, and he will be clean.” (Leviticus 15:13)

The value of quarantining to prevent epidemics

Science is not the bad man, he was simply an innocent tool that was abused and misused, falsified and misinterpreted by people who create lies against The Son of God.  Guess what, theories like the giant pseudo-scientific theory of evolution, being not a true science at all, will crumble like dust when scrutinized by real scientific methods.  These idiotic and fantastic ‘scientific’ theories of the universe’s creation, the big bang, the cosmic soup, even abiogenesis or spontaneous creation (whatever) have no scientific basis whatsoever and should be branded as an embarrassment to the scientific community.

Let no man deceive himself. If any man among you seemeth to be wise in this world, let him become a fool, that he may be wise.

For the wisdom of this world is foolishness with God. For it is written, He taketh the wise in their own craftiness.

And again, The Lord knoweth the thoughts of the wise, that they are vain.