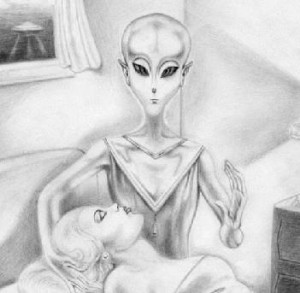 Technology is advancing at exponential rates and we are getting more and more interested with our cosmic neighbors as the thought of space travel slowly becomes a possibility. Because of this trend, movie makers have been reinforcing and propagandizing the ‘alien industry’. It started with the advancement of cinematics that gave birth to movies such as: Close Encounters of The Third Kind, Independence Day, and various television serials such as V and Roswell. Today, we have popular movie franchises such as Men in Black, Avatar, and most recently, a film that claims to be based on real events, The 4th Kind. With these forms of media bombarding our social consciousness, more and more people will be wondering about aliens and the questions that already faded away will once again resurface: are there aliens? Or are we all alone in the universe?

Before I begin offering my opinions, let us first clarify some few things to avoid foreseen misunderstandings. For this article, let’s define aliens as extra-terrestrial physical life forms. They are not celestial, ethereal or spiritual beings who exist in a different plane or dimension; these would make up spirits, demons, or angels, they are not included in our discussion. Aliens, in this article: 1. Do not belong to the planet Earth and 2. They are living beings (complex or single celled) that have a consistent molecular structure that will be classified by physical laws as matter.

One of the best principles of scientific thought is Occam’s razor; which begs the scientist to adapt to the simplest explanation possible for every phenomenon observed. With this in mind, let us explore some reasons people give and see which one is the most plausible.

Explanation 1: There really are aliens and they love to abduct Americans.

There is no evidence that aliens exist, none at all! If this is the case, then how can there be alien abductions? Don’t let a couple of hoax videos and fraudulent testimonies convince you to say goodbye to reason. I know we grew up with Star Trek, Star Wars, Transformers, and even Aliens, but all of these are simply products of creative human imagination.

Of course, another strange question with alien abductions is: why is it that they only abduct Caucasian Americans? If there is really an intelligent and advance race capable of interstellar travel, wouldn’t they at least respect the concept of clustered sampling in their pursuit of studying a new species in a given planet? When I want to know about dogs, I won’t just read books about the poodle, I would want information of as many types of dogs as possible! Advance intelligent races won’t commit a basic an error as an error in sampling.

There is a problem with that argument. First, the argument will only hold ground if life here on Earth happened by sheer chance, but this is not our focus for this article. Secondly, another problem with the prior argument is that the probability of having life in a planet is simply close to impossible. Sir Fred Hoyle, the famous mathematical astrophysicist, argued that the probability of having life in a planet even once in the entire history of the universe is roughly equivalent to the probability that a tornado sweeping through a junkyard would assemble a Boeing 747 (Morris, 1986 as cited in his book Science and The Bible). That, to my interpretation, would be less than one is to a trillion chances. It is virtually impossible to find life forms in other planets, much less to find other planets with intelligent life forms.

I don’t care how many hairs have been produced on peoples’ heads since the beginning of the human race. I bet you, not one strand produced naturally will be of pure gold. Even if you produce a trillion more human beings and wait for another billion years, not one of them will grow a solid gold hair in their heads (or anywhere else in the body), it is simply impossible. Similarly, even if the universe has a billion trillion earth-like planets, it does not follow that life can be produced or sustained there. Having life in a planet is so unique, it can only happen to planet earth. I can say this with confidence because right now, there really is no evidence of life in other planets. So, unless we can prove the existence of life outside Earth (aliens), we cannot entertain the accounts of alien abductions as real experiences.

These abduction-like experiences are psychotic episodes which themes are dictated by socio-cultural determinants (this explains why it only affects Americans). This is the same reason why the concept of the were-wolf predominates only in Europe and it is only in The Philippines where one can ‘sense’ a giant smoking a huge tobacco on top of a tree.

A psychotic episode is a break from one’s reality functions characterized by hallucinations and delusions. Hallucinations are erroneous perceptions in the absence of a stimulus. Psychotics ‘hear things’ like the devil speaking to them or ‘see things’ that aren’t there such as apparitions and haunting or, as you guessed, gray huge-eyed aliens.

Delusions are sustained irrational beliefs. Delusions in the psychotic level are so bizarre that they are totally unrealistic. Non-bizarre delusions can take the form of delusional jealousy (my husband is cheating on me!) and erotomania (everyone is attracted to me). On the other hand, bizarre delusions can manifest as somatic delusions (I lost my head) or paranoid delusions such as: “assassins have been dispatched to murder me” or “I’ve been abducted by aliens!” Together with hallucinations, delusions are the building blocks of a more serious psychological condition known as Schizophrenia.

Psychotic episodes occur because people, because of stress, regress to an extremely primitive level of personality functioning (We operate at high levels when we act like adults and we operate in low or primitive levels when we act like children or sometimes even like babies). Because of stress in everyday life that accumulated in dangerous levels, the person’s defense mechanisms against childhood impulses become weaker and thus making the person act-out their repressed childhood impulses. In cases of psychoticism, the adult actually reactivates his/her childhood primitive beliefs (from books/comics they read and movies they watched) and because of their lowered defenses (from the attacks of stress), the adult actually experiences these beliefs in cognitive, behavioral and even sensory levels.

Depersonalization is a problem of consciousness. The brain waves of the person actually shift to that resembling light sleep when the depersonalization episode occurs. This gives us a clue that depersonalization may be a misinterpreted dream. The person’s consciousness at the time of the episode is low enough to generate dream like experiences but still high enough for memory functions to remember the event and certain cognitive functions to interpret the experience. Since cognitive functions are not working at par to the waking state, misinterpretations are bound to happen. Some people misinterpret the dreamlike experiences as the devil trying to get their soul, some people see it as their souls travelling around the ‘astral plane’, while some people interpret the experience as aliens abducting them. As we have discussed earlier, all these interpretations are subjected to the person’s cultural background.

This explanation leans more in the social aspect rather than the clinical but it is in no way less valid. This explanation simply proposes that reports of alien sightings and abductions are simply fake reports and fabrications made for nothing less than getting attention and obtaining means for financial gain.

Whether or not documentaries present high budget presentations or movies about alien abductions, we should always consider the presented evidence. Science is a discipline that was put up because it leads to clear and reliable answers. If movies that claim to be true present recorded images that are blurred, and scientists who dare not reveal their names, then what are we to believe? Science’s main strength is its precision and accuracy, it doesn’t work with maybes or what-if’s. Just like our justice system, the suspect is innocent until proven guilty. Schizophrenia, dissociative disorders, and con-artists are observable, measureable, and are prevalent in the world today; if there are indeed aliens, let them come forward. And before that happens, I would always regard explanation number 1 as the worst, least scientific, and the most embarrassing explanation that a rational person would adapt.

As a psychologist I have presented my position, but don’t just take my words for it. Do your own research and decide for yourself. If you’re reading this, chances are that you have internet access (unless you’re reading from hard copy). Why not conduct your own internet search for: 1. Evidence of alien abductions, 2. Probability of life outside earth, 3. Psychotic disorders, 4. Depersonalization. Read them carefully and decide for yourself if aliens really abduct human beings and place them back in earth.