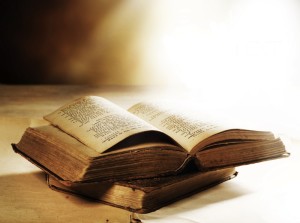 The life of The Lord Jesus Christ and the truth about His Person are written all over the pages of The Bible.  Beginning from Genesis to the book of Revelations, if one searches well enough, one would see countless symbols, prophecies, and typologies of our Lord Jesus Christ.

Take the story of Joseph, for example. This is actually a shadow of the role of Jesus Christ as the Saviour of the world.  As Joseph was the beloved son of the father, was rejected by his brothers and was therefore sold to be a slave; so was our Lord Jesus Christ.  Joseph then from a slave rose to be the saviour of Egypt, so did our Lord Jesus Christ became for the whole world.

In this article, I would like to focus on a shadow of Jesus Christ as The King of heaven and earth.  And if we can learn much about The Lord’s role as Saviour through Joseph, we can also learn much about Jesus’ royal role through the story of Israel’s greatest king – king David.

Just to show my point that David’s story is a worthy ‘shadow’ of Jesus’ Kingship, here are some parallelisms:

This revelation makes reading the Old Testament a lot more exciting.  Well, now we can see how we can draw out truths of Jesus Christ from the story of David, we can now focus ourselves further to things that have occurred in David’s life but has yet to happen in our time.  Yes, I’m talking about prophecies that are about to come true through Jesus Christ’s Kingship.

The story of David is so exciting and adventurous that a lot of elements in it have been used by movies and other story tellers.  We all know that David ruled as a great king after the term of king Saul.  He was prosperous, mighty and wise but come 2 Samuel 15, we will see a problem that David encountered in his life as king.  His son, Absalom sought to rule Israel and led a rebellion against him.  The rebellion was so vast that David and all those loyal to him had to run for their lives (again).

During his days of running David encountered two types of people.  One who cursed and insulted him (for he is no longer on the throne) and the other are people who continued to honor him as king.

As King David approached Bahurim, a man from the same clan as Saul’s family came out from there. His name was Shimei son of Gera, and he cursed as he came out. He pelted David and all the king’s officials with stones, though all the troops and the special guard were on David’s right and left. As he cursed, Shimei said, “Get out, get out, you murderer, you scoundrel!  The LORD has repaid you for all the blood you shed in the household of Saul, in whose place you have reigned. The LORD has given the kingdom into the hands of your son Absalom. You have come to ruin because you are a murderer!”

Shimei, acting like today’s angry people, scorn and scoff at the name of Jesus Christ.  They do this because, like Shimei, they do not believe that Jesus Christ is The King.  Continuing on with the story, David’s generals did offer to cut Shimei’s head off; but David, reflecting the same attitude as Jesus Christ, showed mercy and ‘allowed’ Shimei to curse him (2 Samuel 16:10-12).

When David came to Mahanaim, Shobi son of Nahash from Rabbah of the Ammonites, and Makir son of Ammiel from Lo Debar, and Barzillai the Gileadite from Rogelim brought bedding and bowls and articles of pottery. They also brought wheat and barley, flour and roasted grain, beans and lentils, honey and curds, sheep, and cheese from cows’ milk for David and his people to eat. For they said, “The people have become exhausted and hungry and thirsty in the wilderness.”

When David and his men were taking a rest from running from danger, a man named Barzillai fed David and his men; honoring David as king (even though David is no longer seated on the throne).  Barzillai represents a bunch of people today who, without using their fleshly eyes, know and believe that Jesus Christ is King and forever will be King.  These people today break bread and drink grape juice (artificially flavored or otherwise) to commune and eat with the Lord Jesus Christ.  So like Barzillai and his contemporaries, every time we partake of the Holy Communion, we don’t just remember what the Lord Jesus Christ did for the cross.  We are also at the same time honoring Him as King of kings.

These two types of people, Barzillai and Shimei, are occurring NOW in our time.

Here’s the fun part.  We are continuing on with the story of David to see what will happen in the near future in God’s Kingdom.

Now what does the line above remind you of?

Just like David was chased away from his throne in Israel, Jesus Christ came and was rejected by man.  Like what the people did to David, we literally grabbed Jesus Christ and threw Him back to God smacked on a cross.  Not to worry, like David, Jesus Christ is coming back in all His glory. And this time Jesus Christ will show the world who the real King is.

Continuing at 2 Samuel 19:15, we can see David return to Jerusalem as king.  And it is now pay back time – for all who honored him and for all those who cursed him.  I believe that this is also what will transpire when the Lord Jesus returns.  First and for most, learning form the story of David, this is one thing that will happen:

Shimei fell down before him pleading “My lord the king, please forgive me” (2 Samuel 19:19).  And yes, it is no coincidence when The Bible says:

that at the name of Jesus every knee should bow,

in heaven and on earth and under the earth

‘every knee will bow before me;

every tongue will acknowledge God.’”

All the ends of the earth

will remember and turn to the LORD,

and all the families of the nations

will bow down before him,

By myself I have sworn,

my mouth has uttered in all integrity

a word that will not be revoked:

Before me every knee will bow;

by me every tongue will swear.

Everyone in heaven, on earth and under the earth, EVERYONE will fall on their knees before Jesus Christ and confess that He is LORD, SAVIOUR and KING.  Believer or not, angel from heaven or enemy from hell, when Christ comes and reclaims earth, ALL will fall before Him.

This is one thing I can share for the fate of the Shimeis.  For the rest, you can look it up in The Bible.  Just to share, in the story of David, Shimei’s life was spared out of grace (2 Samuel 19:23).

The real fun part of the story and prophecy is in knowing what Jesus will do to those who are from the camp of Barzillai?  Well, let’s look at the ending of David’s story shall we?

33 The king said to Barzillai, “Cross over with me and stay with me in Jerusalem, and I will provide for you.”

34 But Barzillai answered the king, “How many more years will I live, that I should go up to Jerusalem with the king? 35 I am now eighty years old. Can I tell the difference between what is enjoyable and what is not? Can your servant taste what he eats and drinks? Can I still hear the voices of male and female singers? Why should your servant be an added burden to my lord the king? 36 Your servant will cross over the Jordan with the king for a short distance, but why should the king reward me in this way? 37 Let your servant return, that I may die in my own town near the tomb of my father and mother. But here is your servant Kimham. Let him cross over with my lord the king. Do for him whatever you wish.”

38 The king said, “Kimham shall cross over with me, and I will do for him whatever you wish. And anything you desire from me I will do for you.”

39 So all the people crossed the Jordan, and then the king crossed over. The king kissed Barzillai and bid him farewell, and Barzillai returned to his home.

To summarize the rewards of the king, David offered 5 things to Barzillai as a token of gratitude:

1.  David invited Barzillai to be with him so David can feed and provide for him

3.  David vowed to give and do anything Barzillai wants

What did the Bible mean by being kissed and blessed by The King? Honestly, I don’t know what it means exactly, but what I do know is that it will be extremely and eternally good for me and you and for our children and children’s children.  Hence, Paul said:

“What no eye has seen,

what no ear has heard,

and what no human mind has conceived”