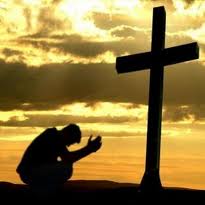 The cross is a reminder to us that Jesus Christ, The King of Heaven and Earth, laid down His life so that we may live.  The operational words here are “Laid down His life”; Jesus Christ knew full well that His purpose in this earth was to die for our sins – through the cross.  He knew it and He fulfilled it.  Some people think that Jesus Christ was murdered; some people think that He is a God who cannot save Himself and some people even see the cross as the weakness of Christ.  What utter nonsense!  The apostle Paul clearly warned us of such people (1 Corinthians 1:18).

As we will see in the following section, the Bible is wholly consistent regarding the power and the love of The Lord Jesus Christ.  He is the all powerful God and He used this position to save us from our sins. Death has no power over Jesus Christ.  Several attempts were made to stone and kill Him, but none succeeded.

After the Nazarenes were insulted by Jesus’ sermon saying that “no prophet is accepted in his hometown”, they grabbed Jesus and tried to throw Him off the cliff (v29).  With the whole crowd man handling one person, let us see in the next verse whether they were successful or not.  Verse 30:  “But Jesus walked right through the crowd and went on His way.”

After Jesus proclaimed to the Jews that He is greater than Abraham and that He is The “I AM”, they picked up stones to stone Him, but Jesus hid Himself and slipped away from the temple grounds (v58).

Man tried and tried to kill The Holy One, but no one can kill a Man with no sin.

No doubt, the people were trying to kill Jesus (v25) but once again the crowd tried seizing Jesus but they were not successful (v30).  I like the reason given here in verse 30: “because His time has not yet come.”  It shows that the only time Jesus will die is through His prophesied death on the cross.  No man can change what God has declared.

In the same chapter, the Jewish leaders sent temple guards to seize Jesus; without any surprise, they once again failed to do this.  The temple guards were able to talk to Jesus and were completely awed by Him that they did not dare seize Him.  “No one ever spoke the way this man does” they all declared (v46).

Even the soldiers who came to arrest Jesus fell on the ground before Him (John 18:6)

These dudes just kept on losing Jesus every time they try to seize Him.  Why is this?  Because no one can kill One Who has No Sin.  Death is a curse reserved for sinners (Romans 5:12-14).  Since Jesus Christ literally, practically and figuratively had no sin (2 Corinthians 5:21), death cannot touch Him; much less have Him killed by the hands of sinners?  God forbid.

So if nothing can kill Jesus, how did He die?

Jesus Christ hung on the cross for 6 dark hours (9am to 3pm).  I’m just thinking that if the cross really was deadly to Christ, it would have done its job on the first hour.  Even on the cross, death cannot touch Him; although at that time He was carrying the sins of the world, His Holiness still exceeded man’s sin.  Jesus only died after He gave up His Spirit.  As what The Lord said earlier in His life, no one can take His life from Him. He had to give His spirit up by a command: “Father, into your hands I commit my spirit!”  (Luke 23:46)

Jesus Christ did not come down to earth to condemn us or to play God; He came down to die on our place.  On the cross, the Lord could have saved Himself at anytime the way He did in the instances shown above.  He can even command legions of angels to come to His aid (Matthew 26:53), but He did not.  Jesus could have spent His time in heaven enjoying all His richness and glory, but instead, He chose to come down to die for our sins.  This He did because He wanted us to live.  This is His love, this is the grace of our Jesus Christ!

EVEN IF IT COSTS HIM HIS LIFE, JESUS CHRIST STILL LOVES YOU