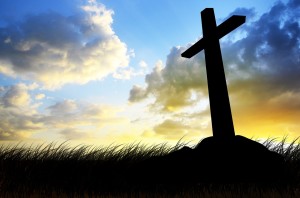 Was Jesus a humble man?  This was a question thrown at me by one of my friends which threw me off-guard (once again).  My first reaction to this question was: “Of course He is!” He is Jesus Christ!  But the more honest I become the more I started pondering on the question.  Was He really a humble man?

The pondering began with Jesus claiming to be God.  I’ve thought about this for awhile and came to the thinking that claiming to be God and accepting the praise and worship of people is not really an act of pride or arrogance IF you are in fact God.  In this case, Jesus was simply telling the truth and He is righteous in doing so.

Jesus was in fact God and even so, He still gave glory to His Father in Heaven.  Countless of times did Jesus pray to the Father publicly so that The Father may be glorified to the people who were listening.  Jesus also glorified The Father by saying: “For I did not speak on my own, but the Father who sent me commanded me to say all that I have spoken.” (John 12:49)

Jesus Christ, God Almighty, The Creator of the heavens and the earth, could have chosen to be born in a building made of gold and diamond, He could have made the billions of magnificent angels who were there at His birth to appear at His command and bow down before Him.  Personally, if I had this privilege, I would have commanded a million stars to go supernova at my birth (and not just one as Jesus did) and have them spell out in the night sky that: “The sexiest dude in the planet has been born”.  All these, The Lord Jesus could have commanded at His birth but He did not.  Instead, He chose to be born in a manger surrounded by filthy and smelly animals.  Why?  Because He did not come down from heaven to show off His glory and majesty.  He came down to earth to show us His love and to die for us on the cross.

Who, being in very nature God,

did not consider equality with God something to be used to his own advantage; rather, he made himself nothing

by taking the very nature of a servant,

being made in human likeness.

And being found in appearance as a man,

by becoming obedient to death—

even death on a cross!

The King of Kings allowed Himself to be born in flesh to be trampled on and sold as the Sacrificial Lamb of bankrupt men so that we can live.  If this is not humility, I don’t know what is.